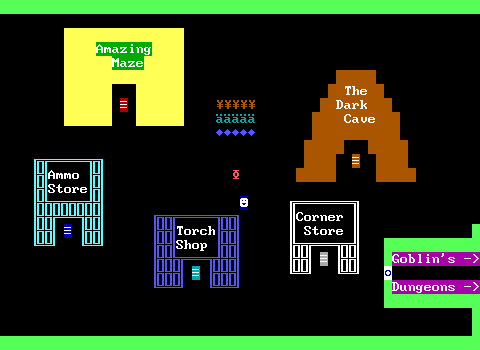 A plethora of ZZT worlds with ZZT in the title including tutorials, object libraries, magazines, and a Town-like

Four worlds (well four releases) with ZZT in the title. Again! Because that's a popular thing to do for obvious reasons.

- Death Copies, about a copy machine turned deadly as part of industrial sabotage.
- Learn ZZT, a tutorial world that explains both playing and creating ZZT worlds
- Stolen, a game about recovering your stolen... something or other that takes place in the same universe as Death Copies.

None of them were particularly great. Two very basic adventures with piles of creatures and piles of ammo. The tutorial was slightly better, mostly due to its great phrasing, such as describing water that has sharks in it as "Sharky Water". A lot of ZZT-OOP tutorials have their inaccuracies, but a lot of what's included here is just plain incorrect. Granted, when you see the other games, you'll probably know better than to trust this author with a guide for ZZT.

New ZZT is a collection of objects ZZTers are encouraged to use in their world. There's a variety of simple items, enemies, mini-bosses, and bosses of varying quality. I've definitely seen the main board in other games, but we may not have ever had the original release that encourages authors to leave a copy of the board in any worlds that use objects from it. Sure enough, the spider boss was used in my first released ZZT world as a child.

A lot of the enemies feel too similar, though the creativity in their names is appreciated. Some of them also seemed to just not work at all which obviously limits the usefulness of the world. The killer music note was pretty incredibly though.

Then we had a ZZT magazine by a young Kev Vance which included a few reviews, imported sample boards, and a little mini game. It has some surprisingly good art, with some fantastic looking space ships seen in the opening as well as a great ZZTification of the old scrolling starfield screensaver. Credit where it's due, most ZZT magazine reviews have very little to say, but Kev's reviews leave you understanding how he felt about these worlds, and provide enough info to give you an idea whether or not you'd enjoy them yourself.

Lastly, "Tomas's ZZT" by the same Toma/Tomas of "Sewers of ZZT" fame. This is an early-ZZTers take on a Town-style game, with blue keys to collect to be able to defeat a probably evil goblin. It was by far the most playable world in the bunch, though it didn't really do anything too spectacular. A good game for somebody still new to ZZT. 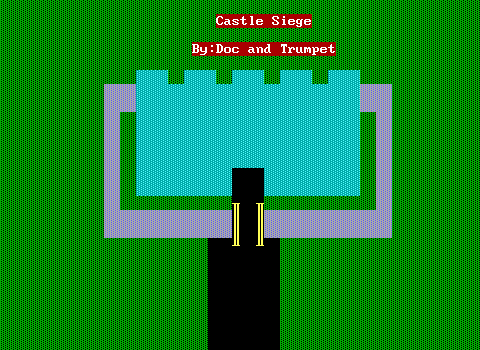 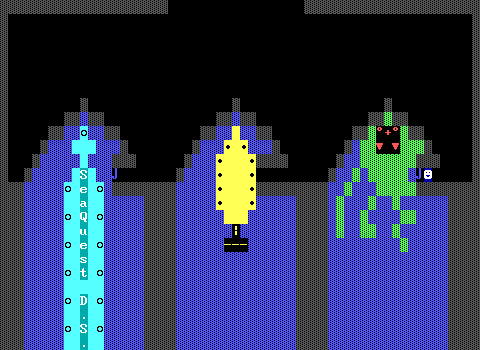 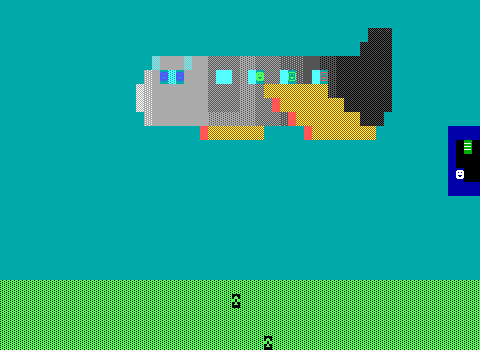 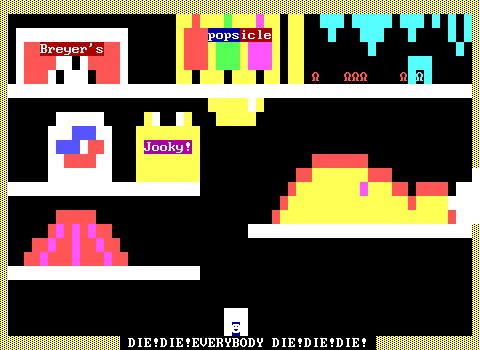