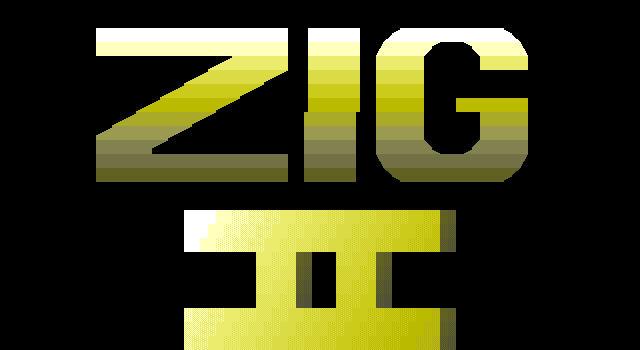 Name: Super ZZT
Creator: Tim Sweeney
Description: Super ZZT is Tim Sweeney's official sequel to ZZT. It features a larger scrolling playfield, direct access to the entire 16 color palette, increased limitations with flags and a custom counter, and a variety of new built in enemies and terrain. However, its editor was originally kept hidden and tends to be buggy. In order to be able to access the editor, the program must be launched as "SUPERZ.EXE /e". Super ZZT worlds can most easily be acquired from the dedicated Super ZZT Specialty Archive

Name: MegaZeux
Creators: Alexis Janson, Charles Goetzman, Kevin Vance, Colin Branch, Benjamin Anderson, Gilead Kutnick, Alistair Strachan, Alice Rowan, and others
Description: MegaZeux, abbreviated as MZX, is by far the most successful clone of ZZT, with its own still active community, as well as ongoing development of the program itself. It features significant improvements over ZZT's static text mode graphics and colors. MegaZeux boasts a far more powerful scripting language known as Robotic, and natively runs on modern computers on all major operating systems. For those interested in MegaZeux worlds, you'll want to visit the MegaZeux community's own archive: DigitalMZX.

Name: ZIG
Creators: Jacob Hammond
Description: ZIG, which stands for ZZT Inspired Game Creation System, was an attempt at making a clone of ZZT that struck a balance between ZZT's simplicity with MegaZeux's power. It had gained enough of an influence in its time that the earlier ZZT archive z2 accepted ZIG created games, and as such they are hosted on the Museum of ZZT. Like Super ZZT you can find ZIG games most easily through the dedicated ZIG specialty archive.