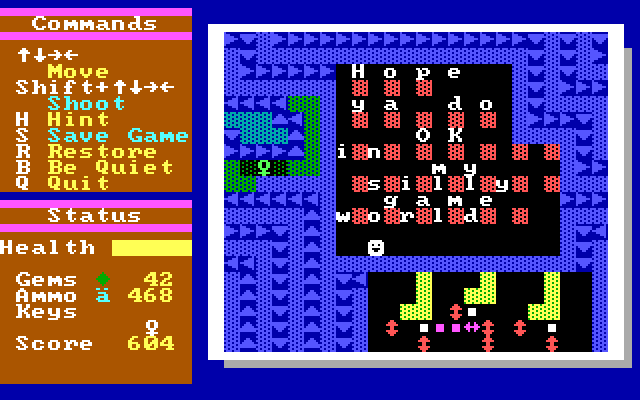 Doing an OK job of geting through a silly game world

This October is Super ZZT's 31st anniversary. For ZZT's 30th, I played through each of the original worlds, while neglecting poor Super ZZT. So we're doing it this year! "Proving Grounds" is the first episode of the Super ZZT trilogy, and is generally regarded as the weakest of the set.

I've never actually played the game from beginning to end prior to this stream, and afterwards my verdict is that it feels like a poor man's Monster Zoo, utilizing many of the same concepts, but unable to match the charm Allen Pilgram crammed into Monster Zoo. That being said, it plays just fine and has its share of humorous moments and surprises.

From early documents belonging to Epic, we know that Proving Grounds was originally slated to be the shareware world instead of Monster Zoo. The swap was probably for the best as due to the limited success of Super ZZT, "Monster Zoo" remains its most iconic game. 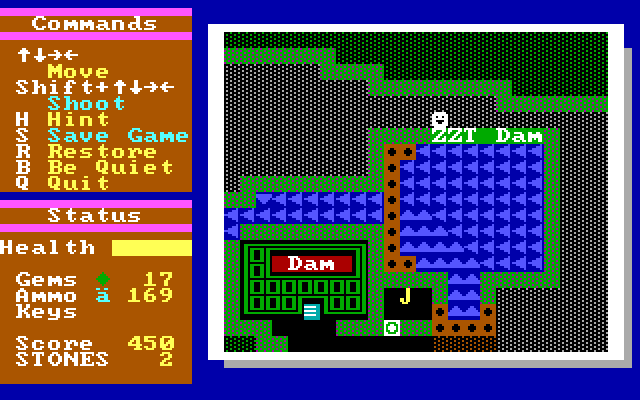 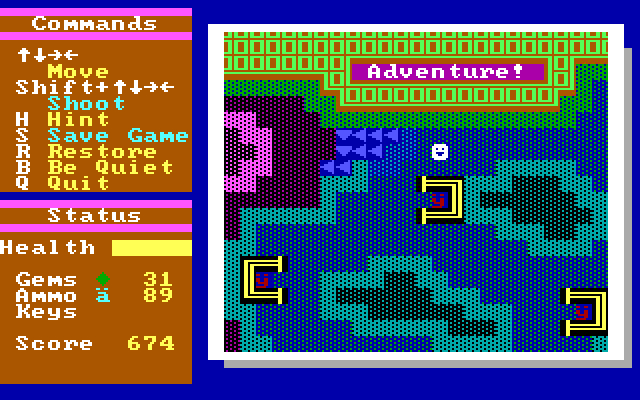