The dwarves have stolen royal artifacts from the palace. Delve into their underground hideaways and take them back. 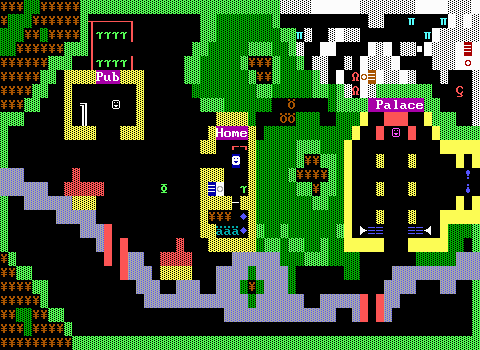 Ezanya is a game that even after all the advances ZZT has made, still plays fun, fast, and challenging. The graphics, whilst dated, are obviously ahead of its time for 1991, incorporating primitive shading and chaotic blotches of colour that set the scene quite well. Unlike other games that came out during, or even long after, Ezanya is highly interactive. Almost every object on the board is interactive. It's done well too. There are menus to choose from, things that give different messages at different times, and even some good royal music that plays when you talk to the king. Another notable feature of the game is music that doesn't tax the ears. Every small detail seems to warm up the game.

With all of this the writing has to be good, and it is. Besides the fact that Daggert can use proper grammar, she also has the ability to give some very good descriptions of what is going on. The dialogue is done well and isn't tedious or boring. This makes for a game that focuses on trying to create an atmosphere rather than flat-out game play. Still Ezanya doesn't falter there either. Very little separates the first level of the caves from you typical dungeon crawl to-day. There are pre-programmed monsters, which is excusable, but there are also a supple amount of programmed dwarves and dragons for you to fight, especially as you progress, the monster/object ratio seems to favour the objects more and more which allows the game to become more interesting by keeping things fresh.

The game, is not flawless however, the building of the levels seemed to lack proper testing as there were many times (Dwarven Outpost) where I had run out of ammo with very little health and had to hurry back to the pub to get some more. I suppose I did run a little haphazardly though a lot of it but only had to cheat only three times. Once for a slider puzzle(not a good one either) and twice for health. Overall this game is a step above the other games of 1991 and even now. If you're going to play only one 1991 game from ZZT, avoid Town and play Ezanya. 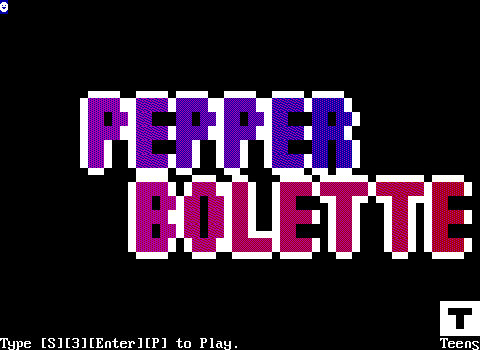 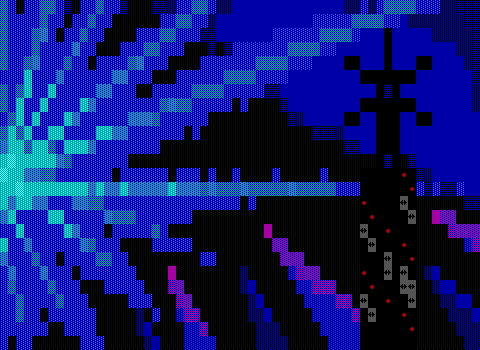 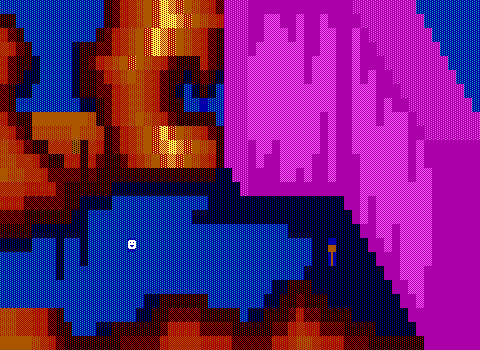 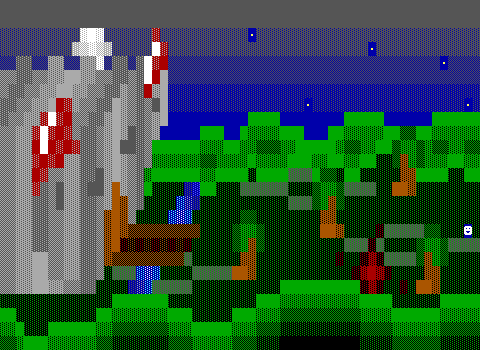