The Search for the Magic Flamingo
Crazy Panda 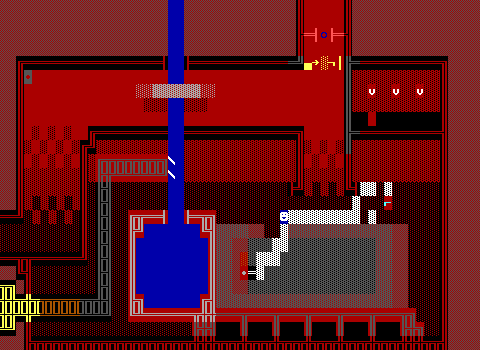 Easily the most ambitious chapter yet! A character swapping engine is implemented allowing Asher to build a party out of the numerous characters (and some new ones) in the lobby of the Alliance base being infiltrated and swap them out as needed. In practice, this mostly just pads things out as you'll frequently need to have a specific character in your party to proceed, but the idea is pretty cool!

Lots of traps and ways to instantly die in this one make Foxman's old walkthrough for the series invaluable to saving some frustration. When Chronos isn't trying to kill you he's creating some impressive art such as observation decks that let the player get a look at a shrunken down version of the board "beneath" them.

Also that child that was run over with a car in the previous chapter is never spoken of again.