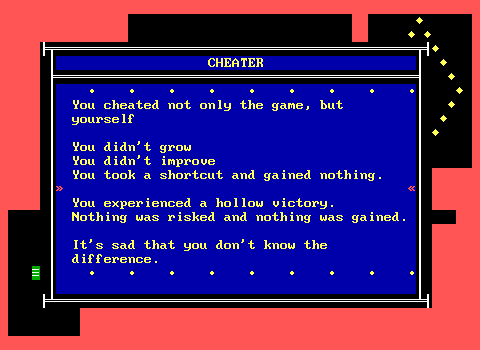 Stuck in a ZZT world? Trying to debug a game you're working on? ZZT has various built in cheats which may be able to help you out.

To open the cheat prompt, type a question mark. An area to enter text will appear in the sidebar, where any of these cheats may be entered. (They are not case-sensitive.)

All of ZZT's cheats work in Super ZZT (excluding those related to torches/time/darkness as these do not exist in Super ZZT).


Keep in mind that some worlds will try to detect cheating and may end your game.