"Retro" ZZT adventuring and puzzle solving as interpreted in 2006! 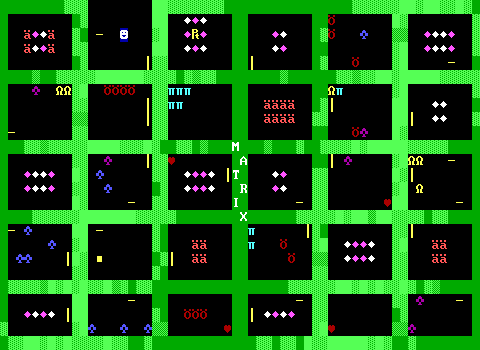 The third in a trilogy of retro-styled ZZT adventures sees the player being locked inside a massive castle and required to find five purple keys to get out again!

A game that really grasps the design of the official ZZT and Super ZZT worlds with a hint of early community made games as well. The game is modernized in some ways. Visually, in terms of using STK graphics for a wider variety of colors (and to get past z2's quality checks of the era), but also generally being friendlier in terms of health and ammo which are quite abundant.

The STK requirement isn't just to get the game published, it's also used to identify stats on various creatures. Blue ruffians move slowly, while yellow lions hunt the player down.

The more puzzley boards are good fun as well! Inspirations from the classics with the occasional tweak to make things a bit more forgiving.

Overall, quite a lot of fun and one I'm excited to return to soon. My only complaint is just how lengthy the maze sequence is. 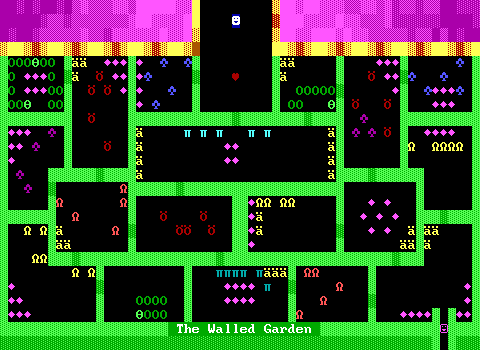