A disastrous run in with some cannibals and kids in need of math tutoring, followed by rescuing the neighbors from ruffians 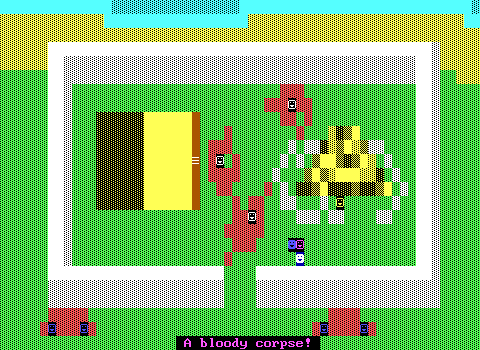 Disaster strikes something with ZZT explodes in a dramatic fashion resulting in the first game not being completed. What we see of "Cannibal Island" is an item gathering adventure to repair your experimental submarine while fighting off hungry cannibals, getting Monkey ID, and helping a child master algebra. Something wasn't playing nicely though and boards were getting corrupted even when played in vanilla ZZT for some reason?

Eventually after giving up on the game we moved on to "Jesse", a brief adventure about rescuing your friends and neighbors from evil ruffians. It was cute.

Check out the Museum of ZZT - https://museumofzzt.com