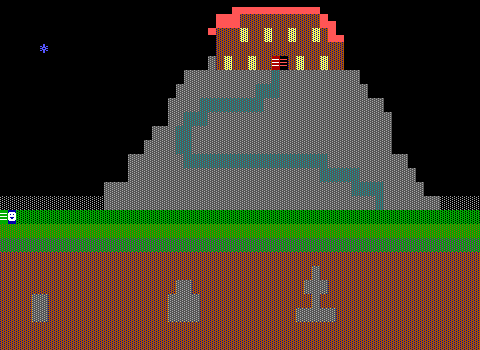 This second game, "Madam Grizelda" was chosen due to its visually striking title screen and "horror" genre. Horror games in ZZT aren't the most common, especially this early. (At the time of writing, Grizelda is the oldest ZZT world with a horror genre we have.) In practice, the game isn't exactly scary, and doesn't quite seem like it's trying to be. Instead, it's doing its best to be humorous. Sometimes it is. Sometimes the humor falls flat as prank calling "Joe's Bar" and asking for "Hugh Jazz" isn't exactly brilliance, moreso when the authors probably got the jokes from The Simpsons. In rare cases the jokes will make you flinch today.

But, despite the flaws, Grizelda offers enough interesting moments that it was overall enjoyable to run through. Just don't expect to find this one on anybody's list of the funniest or scariest ZZT worlds out there.