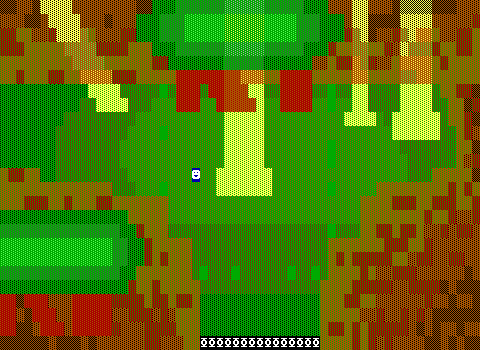 A sampling of several recently updated worlds. "The Tower" is a promising demo with some very impressive visuals and cinematic sequences for a game of its vintage. An RPG with some interesting ideas that suffers greatly from very unbalanced combat which is nearly impossible to win.

"ESCAPE", meanwhile is a Tony Rivera game which means very difficult action sequences with limited resources and even a board that deliberately forces the player to die if they enter it!

Continuing the advent stream, Dargon's Secret Castle is another adventure that makes that player solve some frustrating puzzles and deal with some instant deaths. KevQuest meanwhile is a simply fantasy themed adventure notable for being the earliest known Nivek release. Nivek is perhaps better known for his later fantasty games like "Defender of Castle Sin" making this world a nice glimpse into his more humble beginnings.