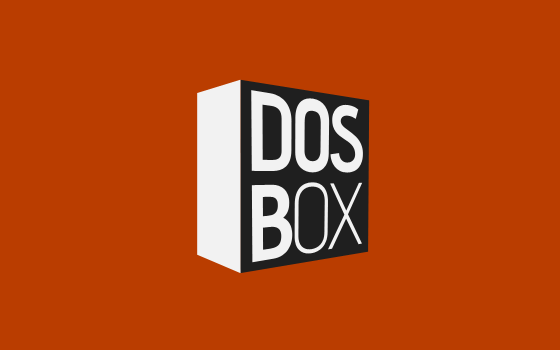 Getting Started With ZZT

While all of the information below is still true to how to use DOSBox to play ZZT games, these days it is strongly recommended to NOT use DOSBox when creating/playing worlds for ZZT. DOSBox suffers from issues with keyboard input audio playback, and generally just doesn't play well with ZZT.

A superior ZZT (and Super ZZT) specifically emulator known as "Zeta" has become the definitive way to play ZZT today. Check out Using ZZT With Zeta for more up to date information.

A select handful of ZZT worlds for various reasons do provide a better experience with DOSBox as they were specifically designed with its issues in mind and/or do things that Zeta does not support, but these are few and far between. Unless the ZZT world or documentation says otherwise, Zeta is almost certainly preferred. (Some games provide suggested CPU cycles for DOSBox, but most play just fine in Zeta regardless.)

ZZT Worlds require that you have a copy of ZZT to run. The ZZT executable will allow you to play and edit worlds. You'll first need to download ZZT 3.2 before anything else. (Other ZZT versions are also available, though 3.2 is the standard.)

As ZZT is a 16-bit MS-DOS program, it will no longer run on natively on modern PCs. Fortunately modern systems running any major operating system should be able to run ZZT via emulation. By downloading and installing DOSBox, it's still possible to play ZZT worlds on unsupported hardware.

Once you've downloaded both of these programs, you'll have everything you need to get started with ZZT.

Begin by opening zzt.zip. You'll see a list of all the files included with the registered version of ZZT 3.2. Extract all of the files into a folder which you'll use for ZZT. You can do this either by dragging and dropping all the files in the zip to the folder of your choice, or right click and select extract all and choose a destination.

Run the DOSBox installer executable file, and complete the installation.

Next, open the configuration file which should be located at:
C:\Users\<username>\AppData\Local\DOSBox\dosbox-0.74.conf

You can also access this file from the start menu under the newly created DOSBox folder.

In the configuration, scroll down to the very end of the file where you'll find the [autoexec] heading

You'll want to set up DOSBox to automatically create a virtual hard drive based on the folder you installed ZZT to. Do this by adding the following to the config:

This will make DOSBox automatically set up the virtual hard drive and switch to it when you run the program. You may now run DOSBox and be ready to play.

DOSBox defaults to a speed of 3000 emulated CPU cycles which is enough for ZZT worlds with simple boards like Town of ZZT, but sluggish for more complex worlds. You can increase/decrease the emulated cycles with Control + F12/F11. 30,000 cycles tends to run the majority of ZZT worlds fine.

The DOSBox config allows changing how much cycles adjusted with these key combinations under the [cpu] heading via the values for cycleup and cycledown.

Alternatively, you can set cycles to "max" rather than "auto" and DOSBox will take as much CPU as it requests. This is an easy way to ensure worlds run at full speed, but can cause audio distortion.

Run DOSBox and your configuration will kick in and mount the virtual hard drive. From the DOSBox command line, simply type zzt and hit enter to run the program!

You'll see this configuration screen for ZZT. Get used to it, you'll have to specify these options every time you launch the program.

Keyboard input is generally preferred, however DOSBox does have minor issues with the way ZZT checks for keys which makes the player move a bit sluggishly when first inputting a direction. This can make combat in more fast paced games more difficult than intended.

Mouse input is almost never used. It makes precise movements essentially impossible. There are a few ZZT games which were designed around mouse input such as jojoisjo's 4.

Joystick input is the last option, provided DOSBox detects a gamepad. You will have much more fluid movement in DOSBox with this option, but ZZT only recognizes two buttons, meaning either a keyboard or Joystick mapping tool like JoyToKey is needed for handling saving or lighting torches.

The next choice is Color or Monochrome mode. Monochrome will run the game only using the black, white, and the two shades of gray ZZT has available. Color is the standard choice.

The main program will load and you'll see a message stating that this version of ZZT is registered and not to be distributed. (ZZT was released freely in 1997 so you may disregard this message). Press enter or escape to close it. ZZT will automatically load "Town of ZZT" if it is available. Press "P" to play!

Press "W" to instead open the world list, which will show all ZZT worlds in your ZZT directory.

Press "E" to open the editor, and begin creating your own ZZT worlds! Though the use of an external editor such as KevEdit is recommended over ZZT's default editor as it provides an easier and more reliable working environment.