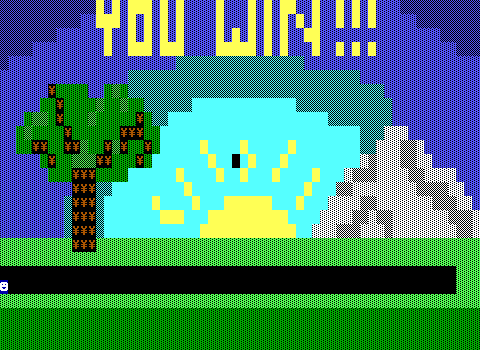 While playing through Ezanya this past September, I couldn't help but want to know more about this mysterious Beth Daggert, who showed up for ZZT in its earliest days, released a single contest-winning fantasy game, and then quietly left ZZT afterwards. Fortunately, despite more than 25 years since its release, Beth continues to have a dedicated page for the game. Shortly after posting the article, I decided I'd try my luck and make contact with her via email to see if I could learn about the game's development and the earliest days of ZZT.

I let her know about the article, the Museum, and how the game is playable in a browser. She was kind enough to answer my questions which I'm presenting here.

Dos: Where did you first come across ZZT?

Beth: I first came across it in a physical-print shareware catalog. It was one summer during college while I had some spare time and I was ordering other shareware titles like 'Commander Keen'. ZZT stood out because I’d always been a fan of construction sandboxes, and I wasn’t afraid of coding, having written an Ultima III knockoff-engine in 6502 assembly earlier during high school. 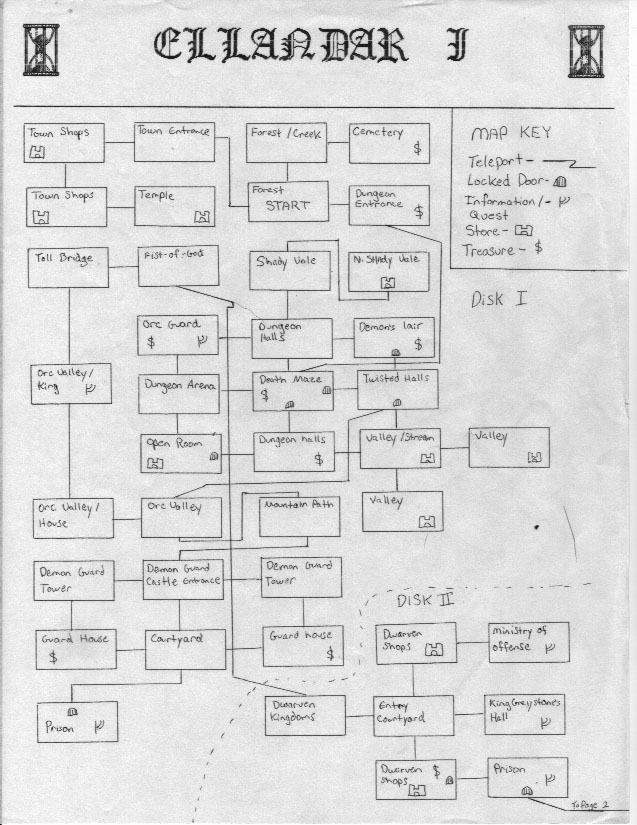 Dos: For a lot of people, ZZT was their introduction to programming and game development. Coming from programming on the Apple 2, what about ZZT inspired you to create Ezanya?

Beth: There was a contest, and I thought, "I know how to write reasonably well, I like playing D&D, let’s see what I can do with this little engine where I’m not having to write everything from scratch". Then it was a matter of seeing how much I could do within the constraints of the engine I had – giving objects some type of intelligence, playing music, telling story, etc.

Dos: Was Ezanya inspired by anything /in particular? Playing it, I found myself thinking the storyline felt like it would be a Dungeons and Dragons campaign, or early computer RPG.

Beth: It was utterly based on D&D experiences, and my own semi-feverish imagination. I wrote and ran D&D games all through high school and college, and am still doing it today. As I write this I’ve just returned from a local Table-top RPG game convention where I was running D&D games for players new and old. In reading through your write-up there are bits that are painful to me (the story makes my many-years-later player-sensibilities cringe a bit) but for the time... I think it holds up just fine. The one thing I’ve never forgotten was that damn first pusher puzzle. I made sure I could play the whole game through without cheats, and did it once before submitting it. But that first pusher was poorly designed, too easy to get stuck on and be locked out way too early in the game. If I could do it over I’d make that much easier. 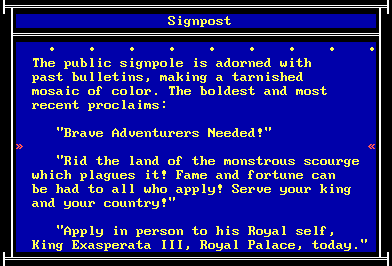 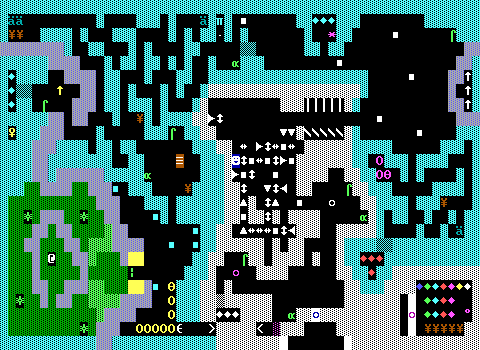 Dos: What was the process like for sending in your game, having it accepted, and winning the contest?

Beth: The process itself was about as mundane as you can possibly imagine. I worked on it like crazy that summer, then sent it in. Then didn’t hear anything for awhile (I don’t really remember how long now) then just got a physical letter one day (yes, we did things that way at the time) saying I’d won! As I recall, I won maybe $100. But what I really won was a ton of validation that I *could* make games people liked. That was worth way more than the money I received, and it changed the course of my life.

Beth: Sure. One of them is Tim writing to me and saying "how the heck do you get past the first pusher puzzle in Ezanya??!?" and it was there for the first time that I realized "Hey, maybe you should have other people playtest your games, duh." I sent him the correct series of moves to get through it quickly, but I don’t know how anyone was supposed to figure that out. Sigh.

I did some digging in my closet and no joke, I’ve found a stack of papers that’s about half an inch thick of mixed correspondence with Tim, of fliers regarding ZZT and other things going by in the day, etc. I’m happy to put a little time in and turn some of it into scanned PDFs, just don’t expect it too soon. If what you’re saying is any guide, it might be the only archive like it around of that type of material, so I’ll make sure it’s shared so as not to be lost to time. Might be I send it over in batches as I get it scanned in, I’ll see what works from time slices on my side. 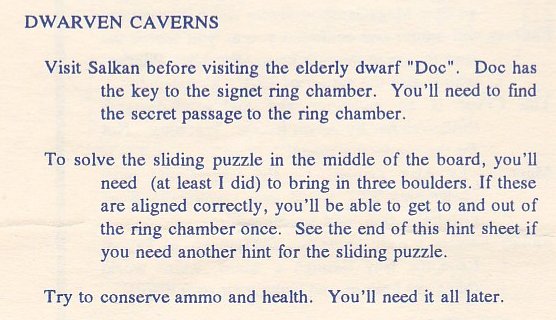 Beth: Another is afterward, Tim offered a sort of partnership, he asked me for another game, this time from scratch to release as shareware. I was excited and worked eagerly for a few months. We had some short missives back and forth during that time, but nothing too substantial. I don’t know if I still have any records from that time... maybe I should dig through the closet to see! I remember as just sharing enough to let him know I was working hard on something...

Unfortunately, shortly thereafter I was laid off work and only had a couple months of money in the bank before I’d have been forced to move home with my parents across the country. It wouldn’t have been possible to move in with my parents and continue to spend time on a "worthless game". I called Tim and asked for an advance, just to make rent, but naturally he declined since he didn’t really know me. My only alternative was to take a new job that allowed no time whatsoever for side projects, and Tim and I fell away from each other. We’ve not had contact since. It’s worth noting, though, that the new job was in the game industry (Presage Software) and was obtained based on not only what I could show in ZZT, but on the half-finished project I’d been working on to show Tim up to that point. So in a way, ZZT and Tim's offer paved the way for me to get a full-time game-industry job, where I’d go on to Lead the effort on the updated Lode Runner project(s) and ultimately end up at LucasArts. 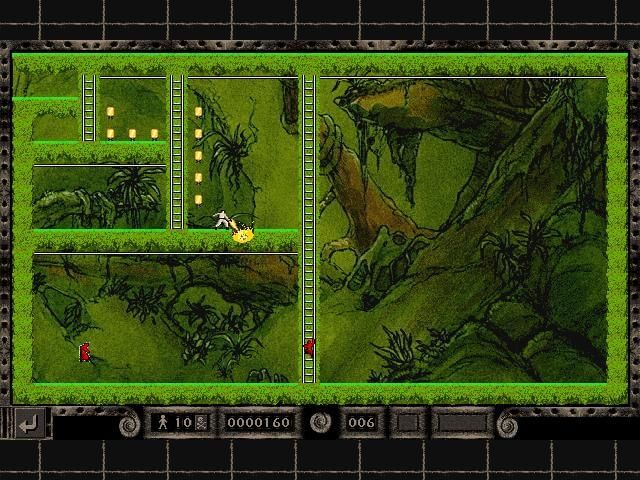 Dos: One last question: Have you used ZZT at all after Ezanya? I'd imagine you were more focused on making something from scratch, but did you ever consider returning to it over the years?

Beth: I didn’t go back to ZZT at all in the following years. I was on to creating my own game engines, and once gainfully employed at small studios I pretty much gave them every free second of my time and energy. That said, I certainly did think back on ZZT with fondness now and then. The object-oriented model of engine updates I learned there informed some later designs of my own, so sometimes it felt like I was living in the echoes of ZZT. Reading your review was equal parts fascination and curiosity – some things I remember about the story or the mechanics (or the music!) of Ezanya like they were yesterday, others I’d completely forgotten. Who knows, maybe this exercise will convince me to revisit old stomping grounds again, especially since you’ve gone to the trouble of making it so easy to do so.