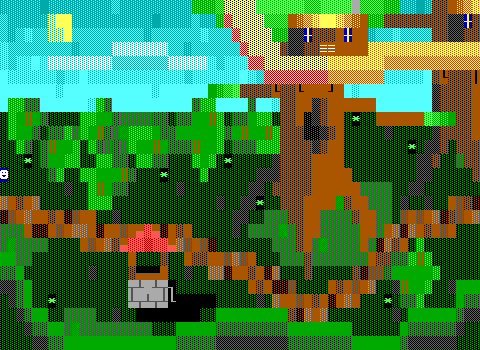 Dungeon: After you rescue Daisy, go to the dungeon and there will be
a gem.

Moat and Portcullis: There's one in plain view, but also one in a
torch holder.

West Wing: There's one under the pillow.

East wing: There's one in the chest.

Tower: One's in plain sight and one's in a box.

Bridge: There's one in plain sight and one in the second bush from
the left.

Warehouse: One's in plain sight. One's in a box. One's on a cloud
(use the
transporter).

Pier: There's one in a round thingummy-bob.

Gate Facility (inside): It's in plain sight.

Entrance to village: It's in plain sight.

2nd village section: Check the rampart on the right of the middle
tree. The
breakable becomes fake.

1st treehouse section: There's one inside a house.

2nd treehouse section: There's one in plain sight and one hidden in
the middle
tree.

Field: There's one under a lettuce.

Australia: It's in plain sight.

Dragon cave: It's in plain sight.

Volcano: There's one in plain sight, and one on top of the volcano.

Abandoned Mine: It's in plain sight.

Cloud castle: It's on a beanstalk leaf.

Inside cloud castle: It's in plain sight.

Secrets:
In the secret passage out of the dungeon, a wall is weak. Push it to
reveal a
secret. The co-ordinates are 35, 15.

There is another weak wall in the abandoned mine at the co-ordinates
23, 19.

There is a secret passage in the first dragon board at 12, 5.

Walkthrough:
Give the apple to the troll if you want. Get the stale bread and jug
of water.
Put out the fire with the water. Go south and get the boulder. Go
north (the
left way). Give the bread to the rat. Go west (the top way) and pull
the lever.
Go to the banquet hall and talk to Denzil to get the rope. Go to the
tower and
get the gold key and bone. Go to the alligator, save and to tie it's
snout up
with rope. Get the boulder. Go to Amarog's den. Enter and quickly
throw him the
bone. Grab the boulder and go to the broken bridge. Throw all three
boulders
into the water and get the iron key. Go to the pier and talk to Dozey
to get the
sleeping potion. Go to dragon 1. Save and give the dragon the
sleeping potion.
Go to the gate facility. Insert the iron key in the lower-left box.
Go to the
field and get the pygmy cow. Talk to Dylan. Go to the volcano and get
the bronze
key. Go to the gate facility and put the bronze key into the lower
right box.
Put the gold key in the upper-left slot. Go to treehouse 2. Talk to
Grandizzy to
get the crowbar. Get the pickaxe and door knocker. Go to village 1.
Pry off the
cover of the well with the crowbar and go down it to Australia. Get
the silver
key. Give the pygmy cow to the trader and get the bean off the crate.
Go to the
gate facility. Put the silver key in the upper-right box. Go to the
tower. Put
the knocker on the door and get the bucket. Go to the volcano. Fill
the bucket
and go to the field. Put the bean in the manure and water it. Go up
the
beanstalk. Get the dragon egg. Go to dragon 2 and put the egg in the
nest. Go to
the abandoned mine. Clear through the rubble with the pickaxe and get
the rug.
Go to castle 1. Place the rug over the pit, save and negotiate the
spikes. Aim
for the gap in each spike. Go to castle 2. Save. Here's the solution
to the
puzzle: Push the nearest block down to the platform. Push the two
blocks right
twice. Get back up. Push the upper block down. Go to the bottom. Push
the blue
block into the pit. Push the red block into the smaller pit. Get back
up to the
platform and push the first block down. Go back down and push it into
the pit.
Get back up and push the second boulder down. Push it into the pit.
Go left and
push the block behind the (filled) smaller pit and push it into the
pit. Save,
get past the crushers, save again and push the boulder onto the lower
platform.
Push it off the lower platform and into the pit. Save and jump over
the pit.
Push the boulder into the pit. Get up the disappearing platforms and
onto the
rightmost platform. Push the boulder off and into the pit. Get up the
disappearing platforms and onto the leftmost platform. Save. Avoiding
the
stala(ct/gm)ite, get behind the boulder. Push it off and into the
pit. Enter the
passage and go to the dungeon. Pull the lever and talk to Daisy. Have
fun
getting the gems! When you have them all, go to treehouse 1 and talk
to Daisy.
Go to the ending. Enjoy the credits!