queu is not in the sudoers file. This incident will be reported. 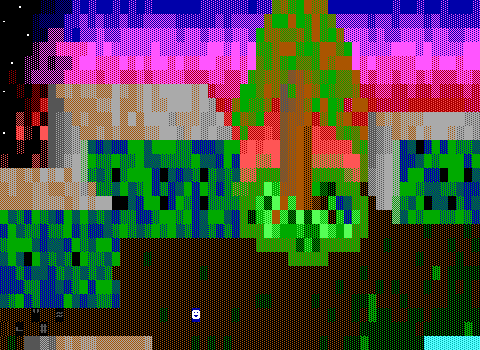 Livestream of the ZZT world "Rogue Three" by bitman (2002)

A sci-fi adventure where a planet stuck in darkness is slowly approaching the rise of a new star. Only problem is, that might actually mean the end of the world according to a dusty old pre-cataclysm prophecy. It's up to you to learn the truth of the dawning sun and save the planet from disaster.

This game's biggest asset is its graphics. Some nice combination sunrise/night sky board really bring the planet's interesting situation to light. A river has some very impressive animation as well. The writing is detailed potentially to a fault, and a nasty puzzle will leave you scratching your head for quite some time if you don't look up the solution provided in a help file included with the game.

A few other novel ideals like switching who the player controls from time to time and adjusting messages based on who is interacting with things make the game feel quite ambitious even if there's not a whole lot actually here.