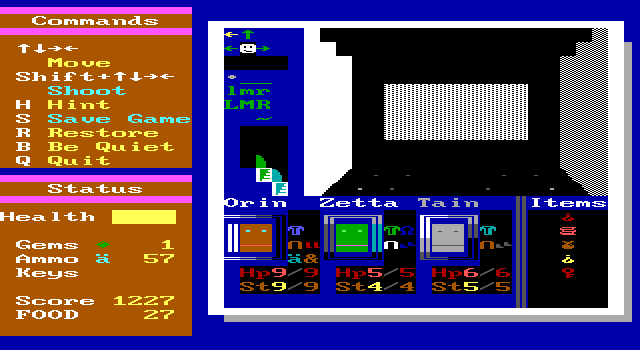 Continuing adventures in the kingdom of Tyrobain! In this episode we obtain the magma orbs (after facing some terrifying gargoyles) to activate the signal for the raccoonian swordsmen to prepare for battle. Then we get to go on an exciting and impressive first-person dungeon crawl with RPG battle sprinkles throughout! Then we reach the next town and learn that this game also has a race of corvids!

Tyrobain continues to impress, showing the potential offered by Super ZZT in the hands of a committed author. This game is constantly throwing new surprises our way and has yet to disappoint.