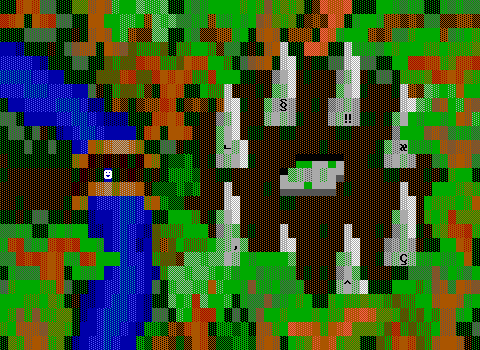 Livestream of the ZZT world "Deceiving Guidance" by Hercules/Hydra78 (2001)

Rash'tan, a wood elf with an interest in the drow and their culture goes on a journey to uncover their secrets after a dead drow is found in the woods with an amulet whose ruins tell of a nearby entrance to the Underdark.

His descent leads to the truth behind his village and the fate of all within.

A great dungeon crawler whose attention to detail and wonderfully produced ending sequence make this a treat. Just... don't be afraid to cheat up some spare health and torches, the requirements are a little strict if you're not making progress.