End Of The World
Creator

Kaizo through clunkiness, the uncommon ZZT genre of platformer demonstrates why it's uncommon. 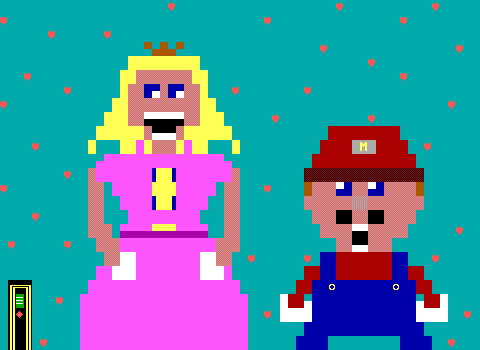 Livestream of the ZZT world " Super Mario ZZT: A Side Scrolling Adventure! " by DJ Furby (1999)

While it's not entirely impossible to make platforming fun in ZZT, it's definitely a pretty big hurdle. You've got small grid based movement, difficulty in telling what's touching what, and the issue of code being skipped when two objects want to send your player avatar to two different labels simultaneously.

And that's if you do it right!

If you do it wrong, well, you get something more like Super Mario ZZT, where Mario moves slowly, drops inputs, and has to constantly make perfect jumps. The final boss would be kind of cool were it not for the need to hit bowser twenty-six times!!!