Saving humanity by pretending to be a wizard. 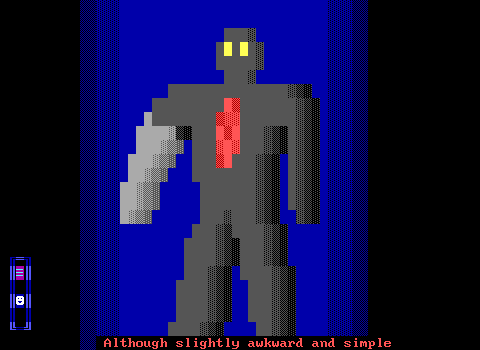 Livestream of the ZZT worlds "War-Torn" and "Ruined World: The Sequel to War-Torn (Demo)" by Madguy (1998)

Capturing by the aliens who started this whole World War 3 thing, Anne and Kyle need to figure out a way to stop the invasion and return safely to Earth. To do this Kyle will study paintings of rainbows, lie about being a wizard, and open a lot of boxes. Anne will be in a coma. Sorry Anne.

The 2nd file for War-Torn was pretty short so afterwards we jumped right into the demo for the game's never finished sequel, "Ruined World" in which humanity has very much lost to the Figment aliens and the surviving humans live in underground caverns in horrible conditions with a lot of lamps.