You'll be sure to keep on smiling throughout this top quality ZZT world from 1992! 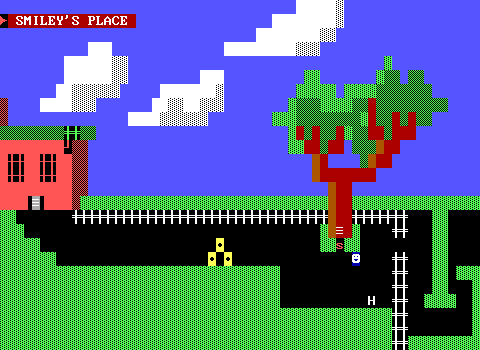 Livestream of the ZZT world "Toxic Terminator" by Al Payne (1992)

Deja vu. This sequel to "Smiley Guy" from ZZT's Revenge was streamed before back in 2019! But this game is pretty great so I ain't complaining about having a patron request it.

For 1992 this game impresses in a lot of ways! There's some great use of text to get dark solid walls for nicer visuals, well written music, and the game is incredibly charming.

Dr. Z has returned, captured Pristine and has begun an assault on the earth using his sludge powered Toxic Terminator from space! Smiley needs to find a way on board, but will have to deal with killer apples, Mr. Mutato Head, Robo-bats, and diet cola to do so!