The Big Leap: One Step Into The Future

A trip from Ohio to the jungles of Washington (California). We will get that hover board and prevent the robot apocalypse. 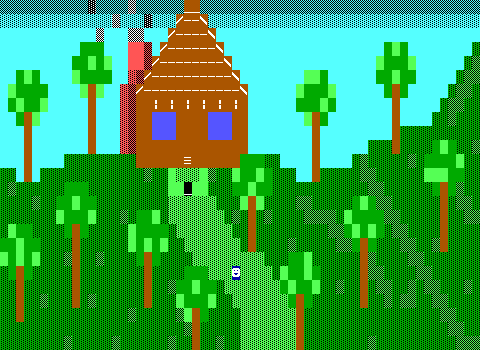 Livestream of the ZZT world "The Big Leap: One Step Into the Future" by Chris Jong (1993)

Continuing our adventures in the future year of 2000. After arriving in Ohio and finding the people quite unfriendly (except for the people wandering the streets saying "Welcome to Ohio!") we hop on a plane headed for Washington. Not DC. Not the state. Washington, California. Home of the white house and US president (listen 2000 was a weird year).

Plenty of adventuring in the jungles of California in this one! The game continues to be bright, colorful, and fun slowing down really just for the final boss who throws stars after every hit.