Rescue the various yoshis of Yoshi's Village and break a few toilets along the way. 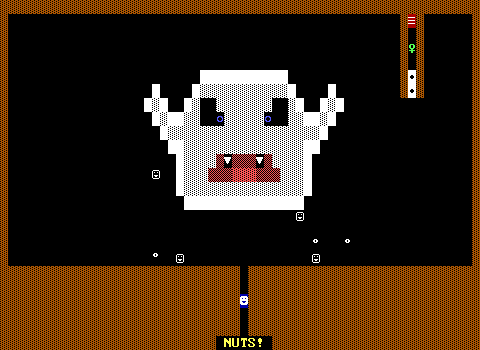 Livestream of the ZZT world "Yoshi's Adventure" by Dustin Hubbard (1995)

Another Yoshi ZZT game heavily inspired by the Kohler series. The writing is great, though the game itself is pretty weak with a lack of ammo and a lot of objects with weird behavior.