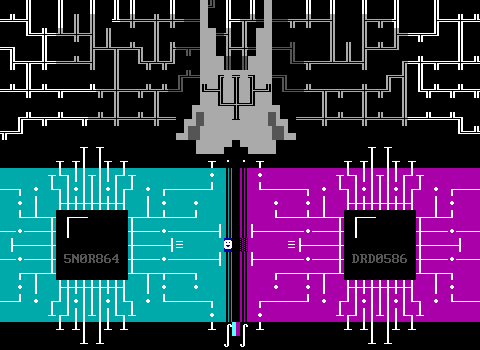 After a VR world was attacked by a virus that causes death by electrocution upon logging off and removing your gear, hacker Takami Bluesky is the last hope for rescue. Travel through various sectors rescuing hostages and defeating enforcers to access the core and stop the attack.

Content Warning: The back half of the game in particular gets _very_ blunt about N*zi imagery and referencing the regime's crimes against humanity to the point where it can be rather off putting. The Green Herring has since added a warning to the game's main menu and toned down the dialog with an option to restore the original text which is shown throughout this video.