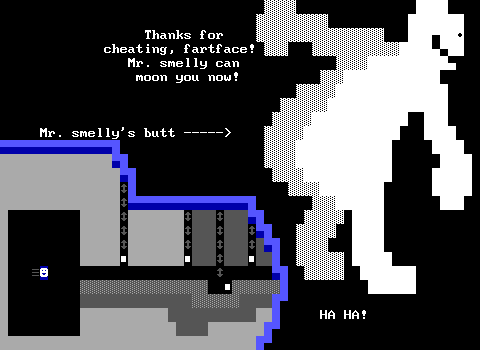 Explore the Town of ZZT after a strange disaster has removed almost all color.

Flimsy's earliest preserved game shows the beginnings of one of ZZT's greats. Even in a title as early as this one, he shows a technical prowess that makes this game hold up quite well for such an early creation. It's a bit of a bummer, and ends on a cliffhanger, but as far as Town inspired ZZT games go, this is easily one of the best.