Journey into your science textbook, explore some scenic environments, and mind the instant game overs. 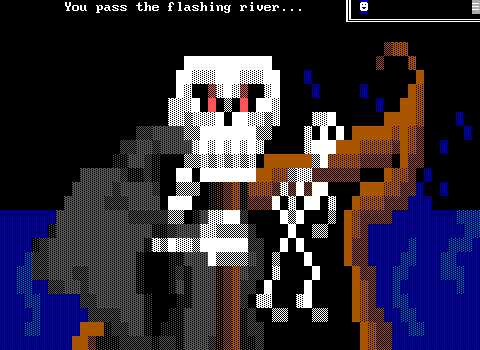 Livestream of the ZZT world "Second Earth" by Coolzx (1999)

A self-admitted knockoff of classic trippy ZZT puzzle games like Pop!, Winter, and Kudzu. Coolzx's second game of many leaves a bit to be desired in the character interactions and story, but nails the visuals. It's a brisk and buggy journey that others have done better, but one that has its own charms as well.