Time travel, spy hunter, and exploding in the vacuum of space 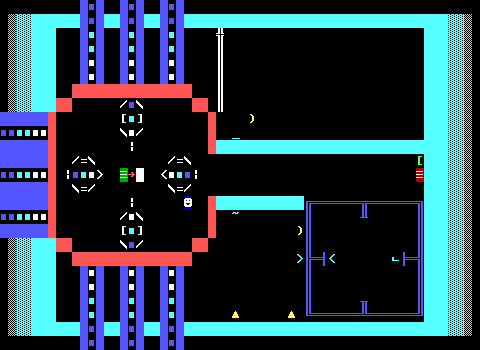 Livestream of the ZZT world "Time: Disrupting the Continuum" by Craig Boston/Jesse Chang (1995)

An adventure I picked because it had a cool title screen. Time: DTC is an older ZZT world that doesn't feel very cohesive, and excels in its randomness. You'll be on a space ship, do some shopping for computer games, travel backwards in time, play Spy Hunter, and perhaps even explode in the vacuum of space.

It was mostly fun, but suffers a bit from sometimes being difficult to figure out where you're supposed to go, and a few passage errors that can send you wayyy back in the game if you're not careful. Overall, it's worth a look, but probably not worth committing yourself to finishing it.