Get a taste of one of ZZT's most notable releases! 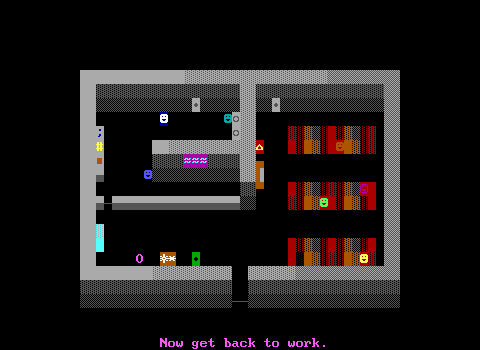 Livestream of the ZZT world "Burger Joint" by Matt Dabrowski (1998)

One of the biggest releases in ZZT's history, Burger Joint is a fast-food "simulation" taking place in the 1950s as young Johnny works the grand opening of the world's first fast-food restaurant. What makes the game stand out is that everything runs in realtime causing Johnny to have to ensure that no customer leaves unhappy.

(Whether he does that by making sure they're satisfied, or by causing them to meet their untimely demise and never actually leave isn't really the point.)