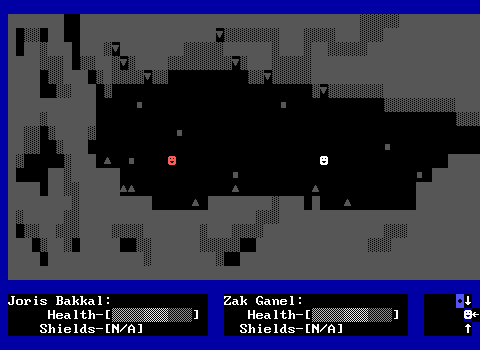 This world was picked based on flipping through its boards a little. It turned out to be a surprisingly fun choice! You play as Zac Ganel, a mercenary for hire who flies around the galaxy doing other people's dirty work. The demo promise quite a lot (there's a large list of items and equipment that you'll never see), but what's here is quite fun as a sci-fi power fantasy in which you're this scary strong dude who only knows how to solve problems with fists or lasers.