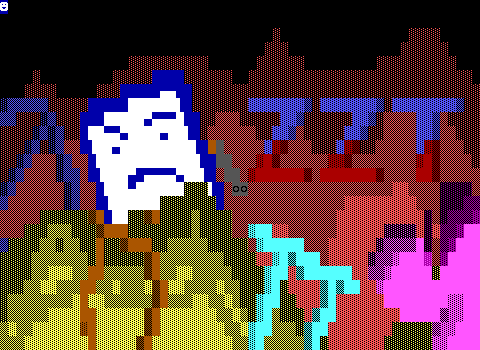 The year is 2020 and ZZT has been around now for just shy of 30 years! No decade has been more volatile to the health of ZZT and its community than the 2010s and I thought it would be nice to take a quick overview of some of the worlds released and other events that happened over the past decade since for much of it, there was very little attention being paid. This is hardly a super comprehensive review to ten years of creative output, but it is an opportunity to point some folks to the worlds they may have missed by not being actively playing ZZT games.

By 2010 community output had slowed to a crawl. This era sees a notable shift as far as what gets released. A lot of the worlds produced start being a little less traditional as far as what people generally think of when they think of a "game". The era of the multi-file epic is over, and releasing something that gets straight to the point is far more in vogue, even if it means making an engine without an entire game based around it.

A lot of worlds are demonstrating new engines rather than complete efforts with them, including Boulder Dash, Life Collection, and zztee.

Life Collection is the sort of natural evolution of "can ZZT do this?" after years of debate over the possibility of recreating Tetris in ZZT, beginning with the not-quite-the-same-game ZTris and culminating with the Drake Wilson version seen in Preposterous Machines. Now the stakes have been raised to Conway's game of life, and this time many ZZTers have answered the call resulting in a stunning variety of solutions to an engine once thought to be impossible. 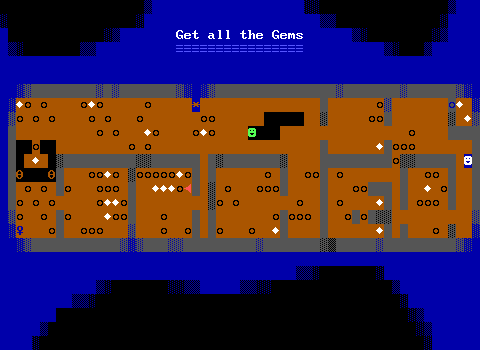 Another common theme is collaboration. For the longest time, most ZZT worlds were solo efforts, with a few games made in pairs excluding testing or music from other community/company members. Four of the releases have more than one author attached. ZZTers growing older had less time to make the grand epics they strived to create in their youth, and splitting things up made it more likely for a game to be completed (a definite turnaround compared to the various "let's get a dozen teenagers to make a cool game" projects that flopped over the years.)

Aside from the few games being made 2010 also marks the last time games were published on z2. A lone update in April published six worlds, with a followup a few days later to publish the external ZZT editor ZAP which had been worked on a few years prior.

I should admit, that I haven't touched many of these worlds beyond flipping through them in the file viewer, and that this section is highly subjective and more what strikes me as what was interesting to see in each year.

For 2010, this has to be Wayward's The Quiet, his first release since 2001. The game was created under tragic circumstances, being made not long after namely the death of a close family member. (Without getting too depressing, the game's text file shares the story in much less vague terms than I am doing here). 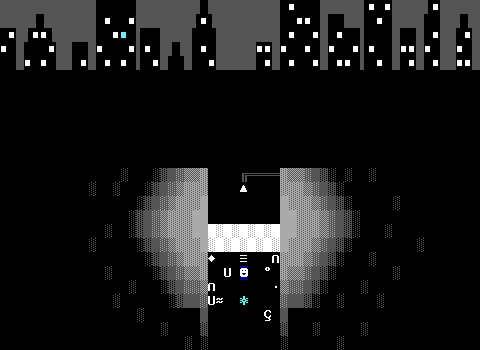 The Quiet's story appears unrelated to the sorrowful experience that led to its creation, but something about the circumstances under which the game was made feel important to me. It's a return to an old friend, something warm and familiar. While the latter half of the 2010s would see plenty of returning ZZTers from an older era, Wayward's return here has nothing to do with making a ZZT game to keep ZZT going, but to go back to something familiar and create once more. ZZT worlds have been made for many reasons, but I suspect this may be the first time one was created to express mourning.

Even in the 1990s when the number of releases per year was only going up, people were predicting the death of ZZT. Outdated looking from day one, ZZT has had to survive technological advancements that could scarcely be imagined back in 1991. Some such as the explosion in access to the Internet were a boon, while others like the end of support for MS-DOS applications in more modern versions of Windows were a death sentence.

Sometimes people said ZZT was dying because technically superior alternatives like MegaZeux could render it obsolete. Sometimes people meant it in the sense that the ZZT community was more focused on infighting and teenage drama than making games, which at one point led to a short lived fad of responding to any community shenanigans with "Shut up and ZZT". What exactly the "death" of software means isn't clear, but if you want to talk about ZZT being dead, look no further than 2011.

In 2011, there were zero worlds released. Not one game, engine, utility, or remake was published. What could be a better definition of death for a game creation system than no games being created?

Perhaps even more damning, was that this went unnoticed. The news posts on z2 simply stop after 2010. There was nothing to post. There were no outcries about how ZZT was truly dead because nobody cared enough to make them. It was the year where ZZT's torch had burned out completely. 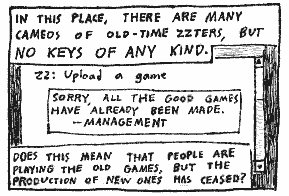 None. There of course exists the chance that somebody made a ZZT game in 2011 and it was either never uploaded to z2 nor published elsewhere, but one has yet to be found.