Trick-or-treat and Kill-or-be-killed in this spooky double feature! 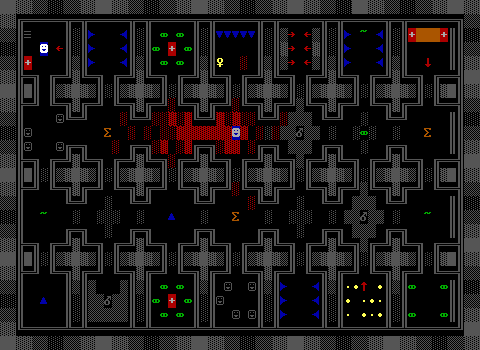 This AKWare Halloween Special is a once private world originally only shared with AKWare members. Go trick-or-treating to collect enough candy to take on the F'naa Witch. Enjoy references to a lot of Final Fantasy games, and mind the handful of high school level gay jokes (and no slurs) in this extremely obscure title.

Followed up with a playthrough of Emzee's Death! An action game that really wants to be dark and moody. The writing is pretty silly, but you can tell a lot of care went into crafting these boards, and the gameplay of shooting rats/demons/zombies is solid enough to make this a title worth trying for yourself.

Towards the end of the video, a computer crash was suffered abruptly so the video does cut off mid sentence, just as the actual stream did! Fortunately it happens right at the very end anyway so nothing really got lost.