A successful, but slow conversion of the PS1 RPG "Parasite Eve" to ZZT 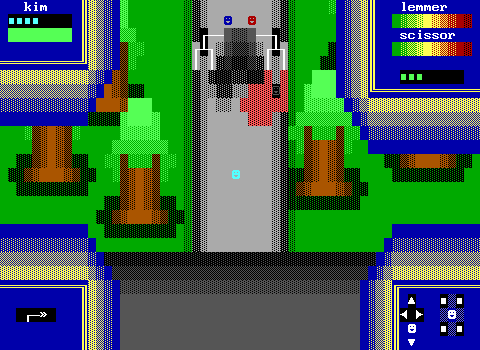 A ZZT recreation of Squaresoft's Playstation 1 RPG, "Parasite Eve". Tseng adapts the game surprisingly well, hitting the majority of the story beats, while of course turning into a spoof of itself starring the characters from his Gem Hunter/Da Hood series of games. It's actually pretty impressive, but severely hampered by its RPG battles and its cutscenes (the bulk of the game) being extremely slow.

This video plays through the first of 3 files, and due to its slow paced nature, it's unlikely the others will be streamed.