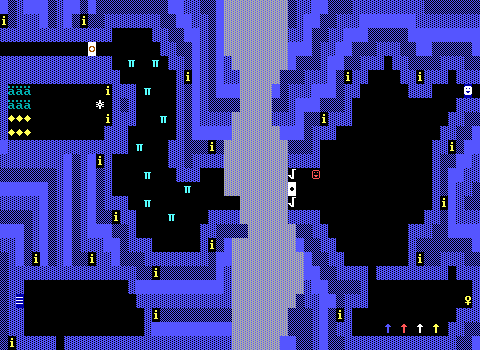 An exciting adventure through a large cave system to defeat the villain Sarx. It has a few issues where going the wrong way leads to immediate death, but shows a lot of foresight elsewhere for a ZZT world this early. Unfortunately, it doesn't know when to quit and the quality really begins to fall towards the end. I forgot to start recording until just beginning the game so there's no intro or title screen in the video capture.