And then Sailor Moon appeared... 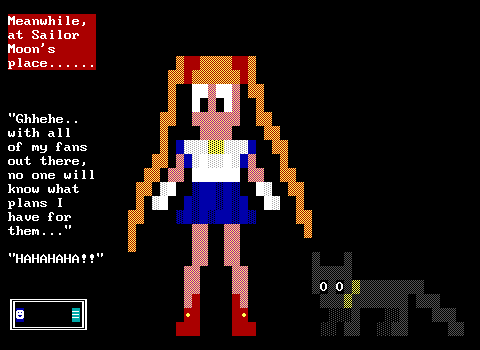 Too late to make a Barney killing game, Raichu instead opts to vent his frustrations on Sailor Moon and uh Japanese video games (don't tell him where Pokemon come from). Bad and buggy, with some interesting visuals at times.