The Misadventures of Mega Job: The Epic Tag Team
tseng 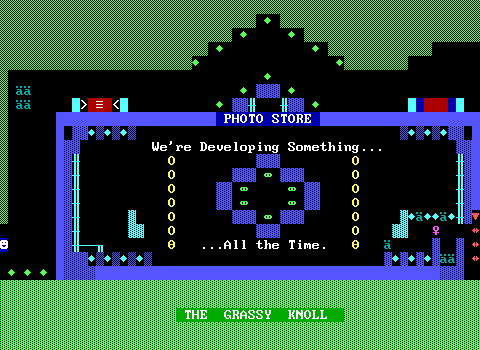 A part of ZZT's Revenge. Darbytown (as it's more commonly called) is a brief (but not as brief as some reviews would lead you to believe) adventure game involving exploring a small town with some very dangerous shops on a quest to obtain the five stolen purple keys to the bank vault and obtain the stolen cash taken from it.