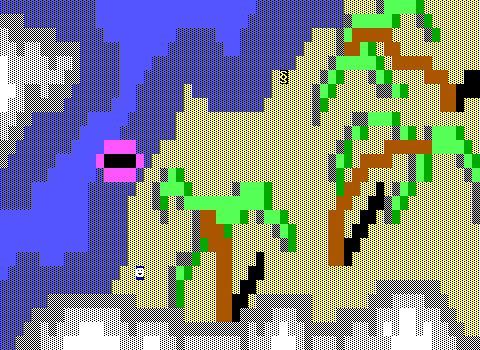 One of ZZT's brightest and most charming early releases! The Lost Monkeys is a grand adventure across several different islands to uncover some... lost monkeys. The balance is out of tune, a lot of things necessary to progress are hidden, and there are programming errors at the end that make the game unwinnable without cheating, but it's a blast to play and full of lots of cute vehicle animations and artwork.